CLOSURE NOTICE City Hall closed on Monday, May 30 for Memorial Day Read On... 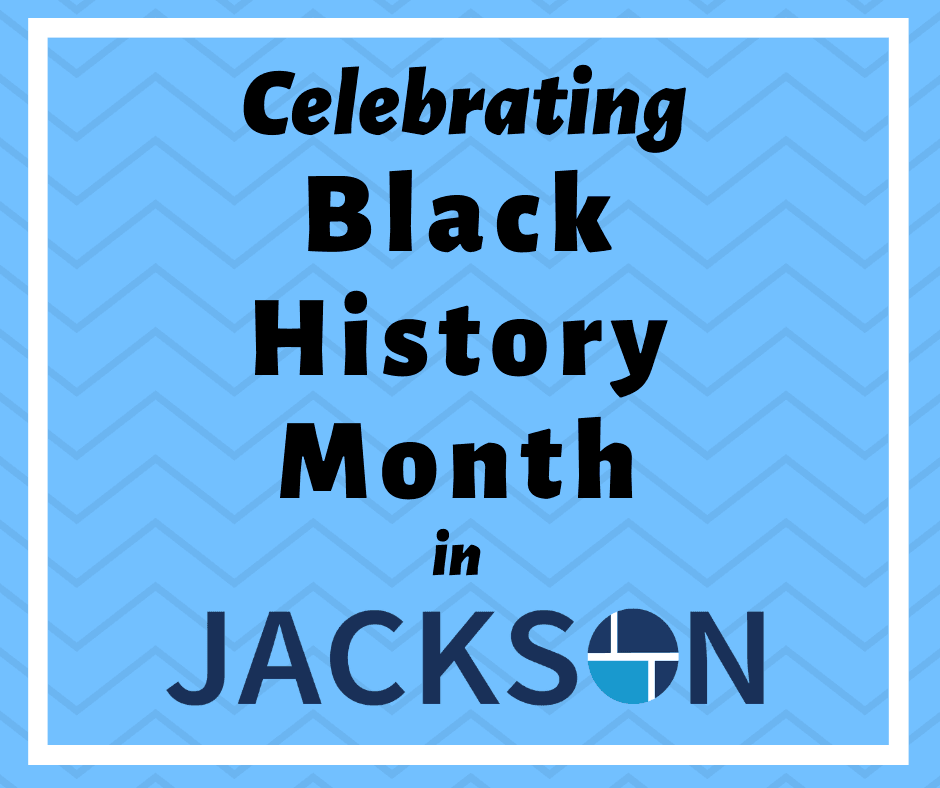 The City of Jackson and Ella Sharp Museum are coming together to tell the stories of Jackson’s African American community for Black History Month 2021! Throughout the month of February, artifacts and displays relating to Black History from Ella Sharp Museum will be shared with the community on the City’s Facebook, Twitter and Instagram pages throughout February. A collection of posts will also be available on this page as they become available.

History is always in the making! This sign from a June 2020 Black Lives Matter protest in Jackson was collected by the Ella Sharp Museum to document the protests. It belonged to Daniel Beverly, a protester who was hit by car that drove through a protest.  A tire mark was left on the sign. Objects like this sign are collected by historians so they can be preserved for future generations to learn about the past. If you have materials from the past or present, they can be used to help tell Jackson's story in the future! 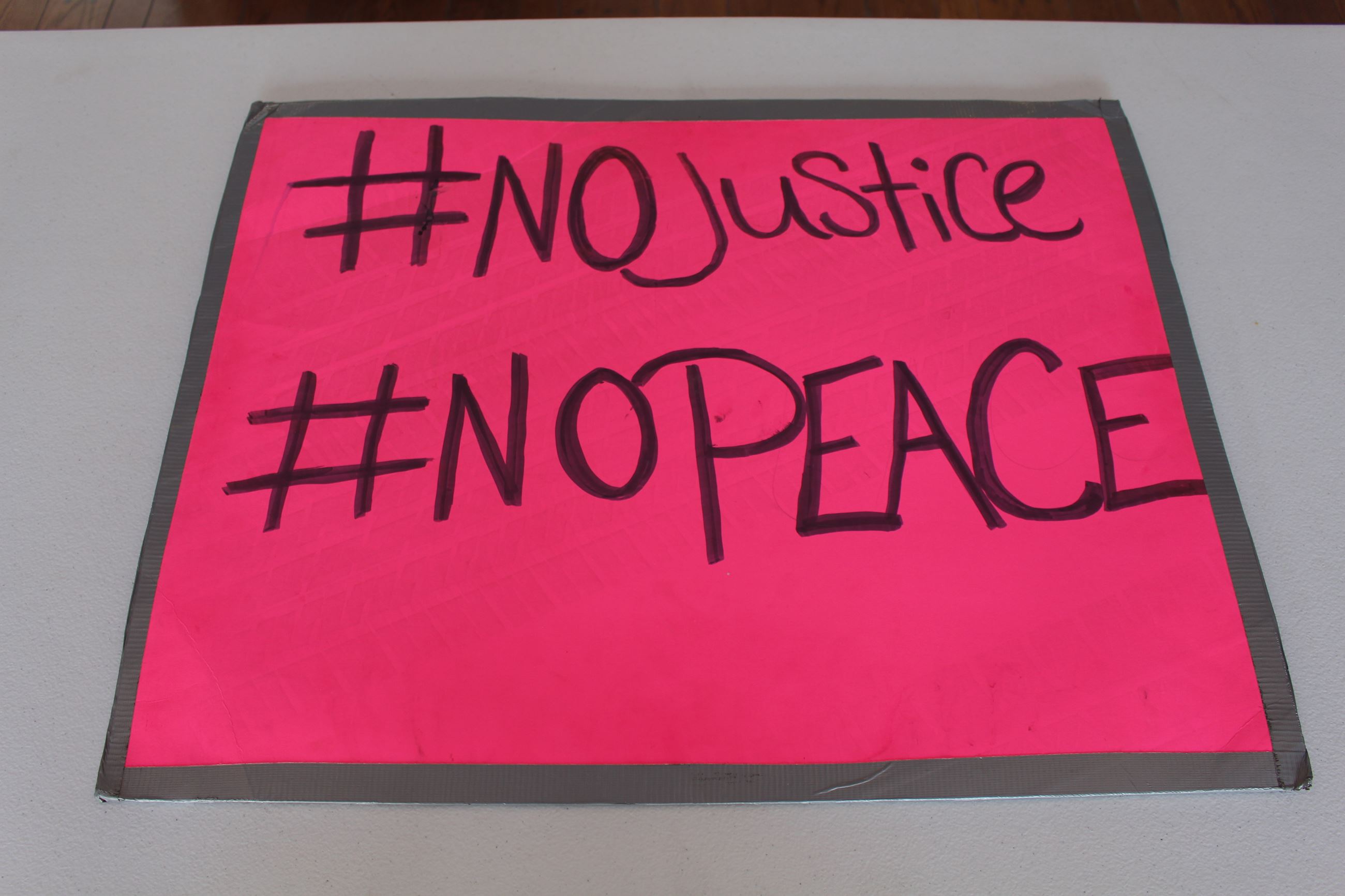 This photo from the the Ella Sharp Museum gives us an interesting window into Jackson's past. It shows the Prince family posing in front of their farmhouse on W. Prospect Street near First Street in 1937. Not much is known about this local African American family, but we presume they had a farm on the property for several decades. A map from the early 1900s shows a planned street named Prince Street that would have cut through their property, connecting Fourth Street to Linden Avenue. If you look closely, you can see the family's dog standing on its hind legs! This house was likely demolished in the post war years as new commercial buildings took shape along Prospect Street. 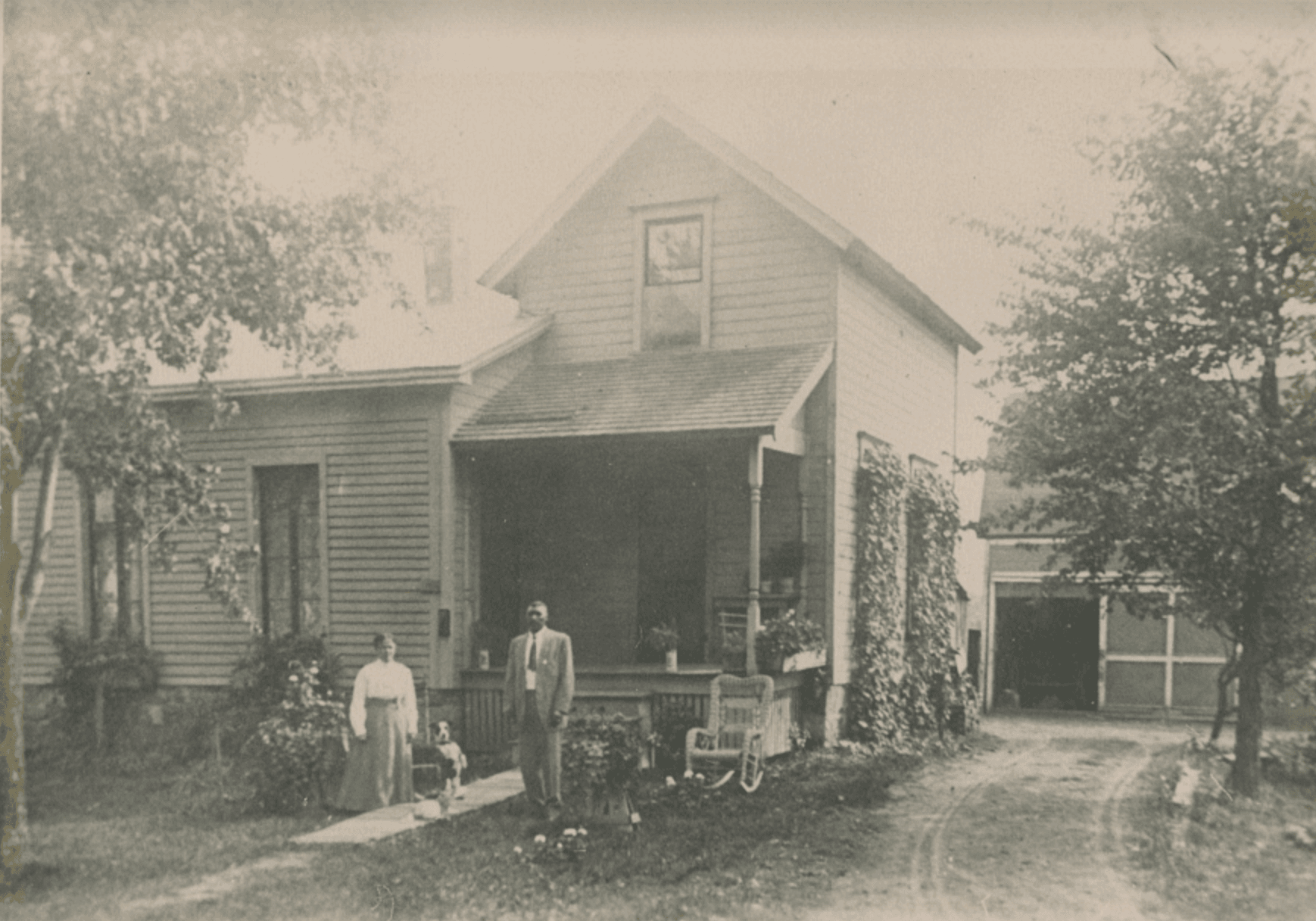 In the 1970s, Ebony Records was Jackson's grooviest record shop! This press proof from the collection at the Ells Sharp Museum would have been used to print the shop's logo on bags and other promotional items. Located on Francis Street (now MLK Drive) near High Street, Ebony Records was a popular music destination for Jackson's African American community. We're looking for more information about Ebony Records, so please share any memories you may have! 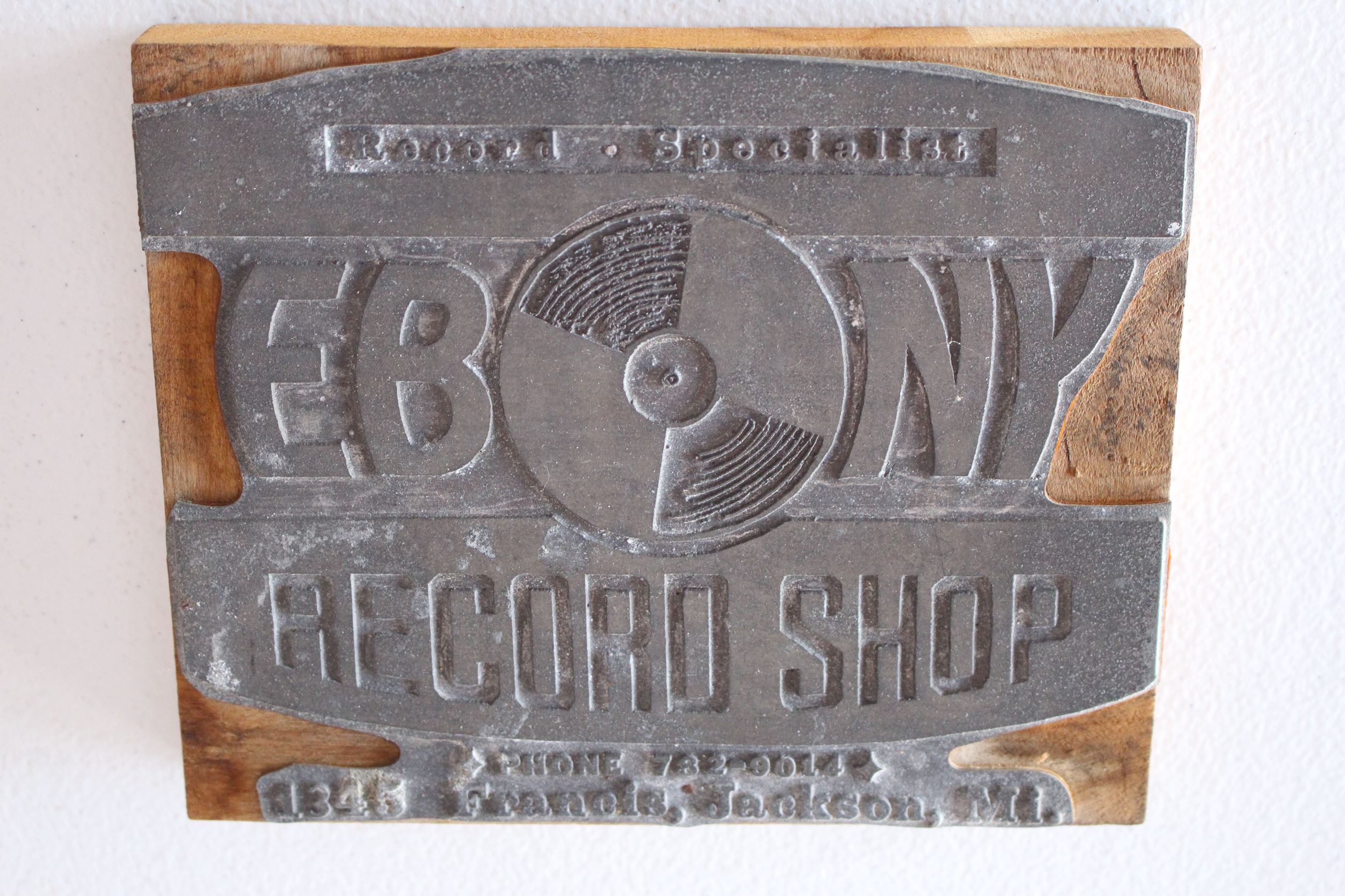 Charles Montgomery deeply cared about the Jackson community and local veterans. He served in Korea and was a leader in the local American Legion. Wanting to make sure other veterans from his generation were remembered, Charles worked to record the stories of African American vets. He was the president of the Southside Self-Help Neighborhood Improvement Association, which raised funds for home renovations on Jackson's south side. These photos show a Victorian-era home that the improvement association renovated to use as a youth center for local kids. Photos and American Legion hat were donated to the Ella Sharp Museum by Janeice Carter. 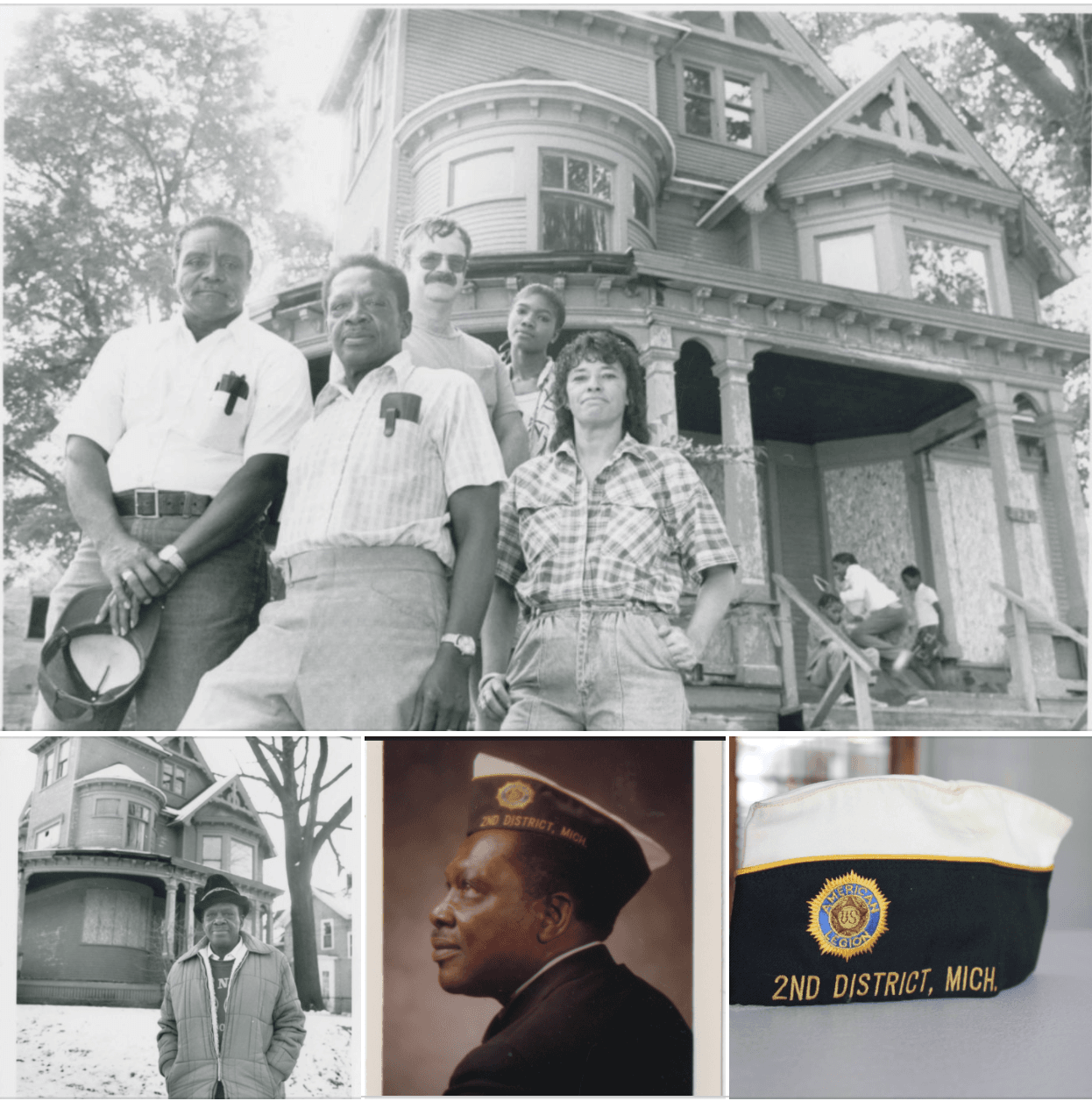 A sign of the times. During the early to mid 1960s, a movement toward equal and fair housing emerged in several cities, including Jackson. This sign from the collection of the Ella Sharp Museum is a window sign that was displayed somewhere in Jackson during the 60s. The Fair Housing movement emerged primarily in the Midwest as an effort to change racist policies that prevented African American homeowners and renters from living in white neighborhoods. This early piece of the Civil Rights movement strongly influenced the Civil Rights Act of 1968. The sign was donated to the museum by Barbara Stanton. 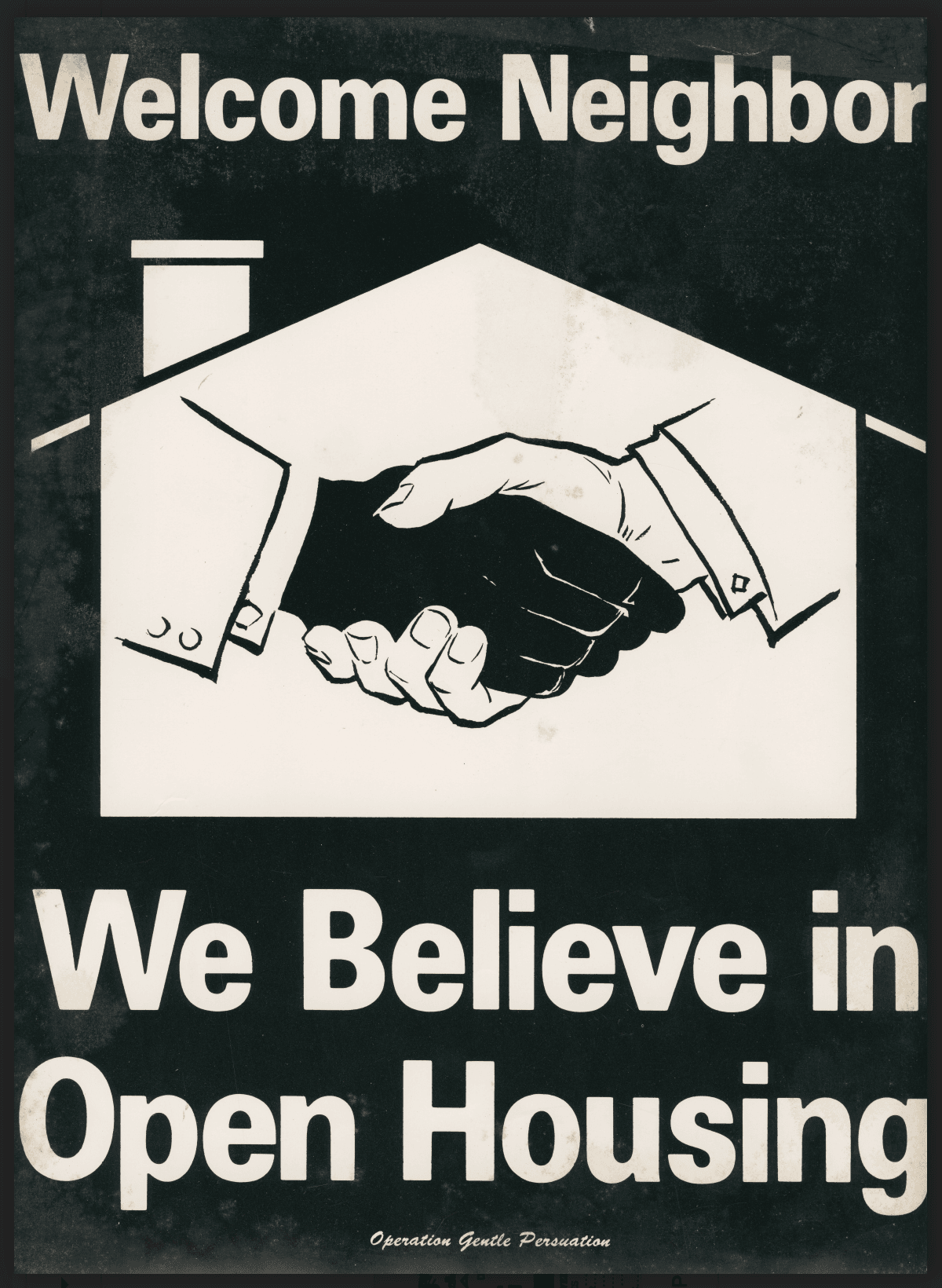 We Like it Here! That was Jackson's slogan in the 1980s. There was no better ambassador for the community than Benny Poole. Here is the legendary jazz musician posing with his saxophone in front of a new City Limit sign on N. West Avenue. You can see the Paka Plaza sign (now Jackson Crossing) in the background. The Jackson native helped break color barriers in the City during the 1940s when music establishments were heavily segregated. Benny found international success in the 1960s with hit jazz records, but Jackson was always home. He passed away last December at the age of 91 after decades of playing local gigs. The first photo appears on the front of a "Support our Community" promotional material in the collection of the Ella Sharp Museum. The second photo shows a chart in the museum's collection from a Detroit radio station that shows one of Benny's hits climbing the charts. 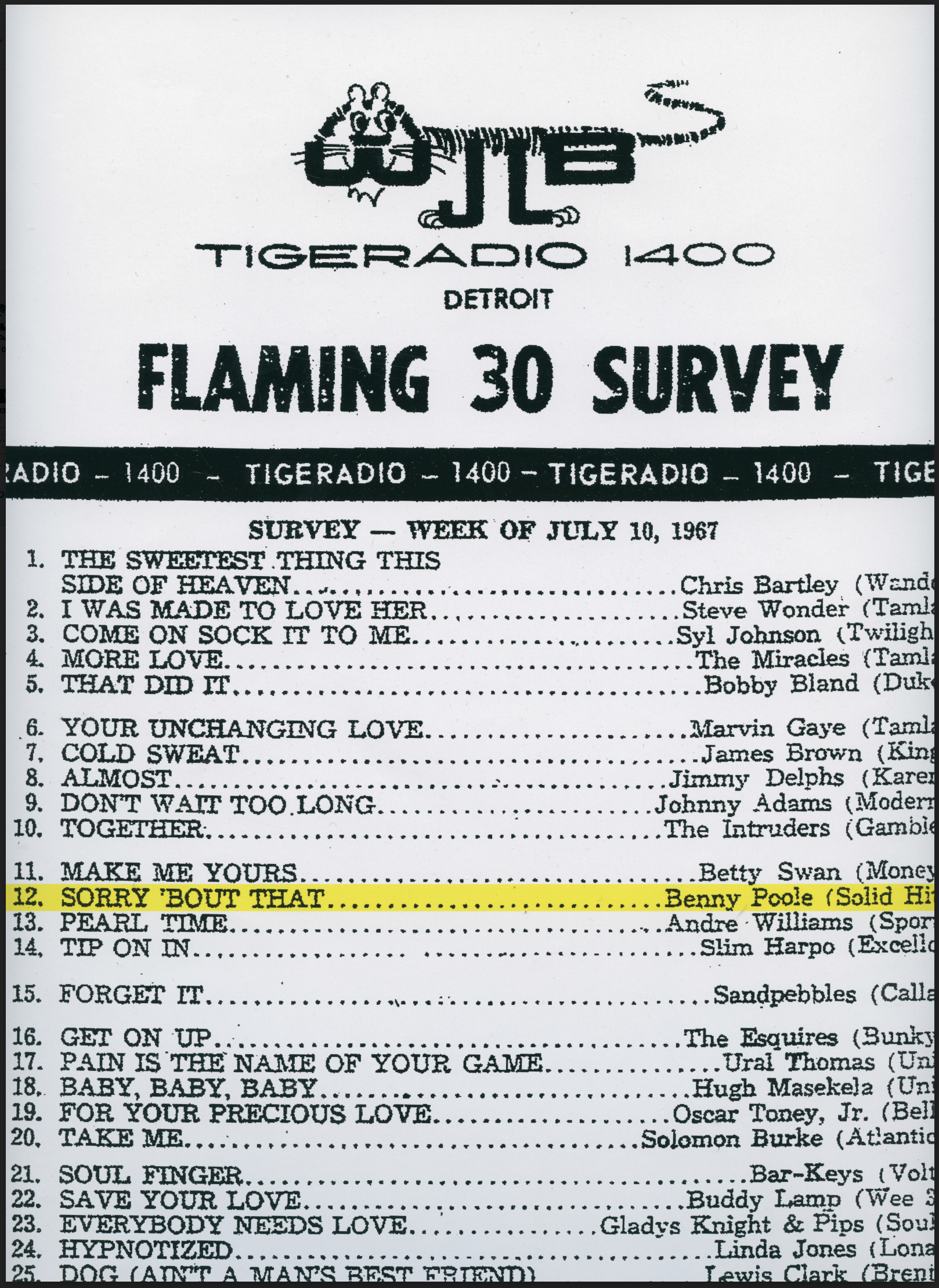 This painting of George Edward from the Ella Sharp Museum unlocks the fascinating story of an African American cowboy from the West who wound up in Jackson. George was born in 1902 and grew up in Texas. He learned to ride horses at a young age and was training them by the time he was 9 years old. He worked as a cowboy on several ranches before traveling to Jackson in 1928 to visit his mother and decided to stay. He taught horsemanship to young people in Jackson County for most of his life. The painting of George was done by Vance West, a Jackson-based artist who was a close friend of George. 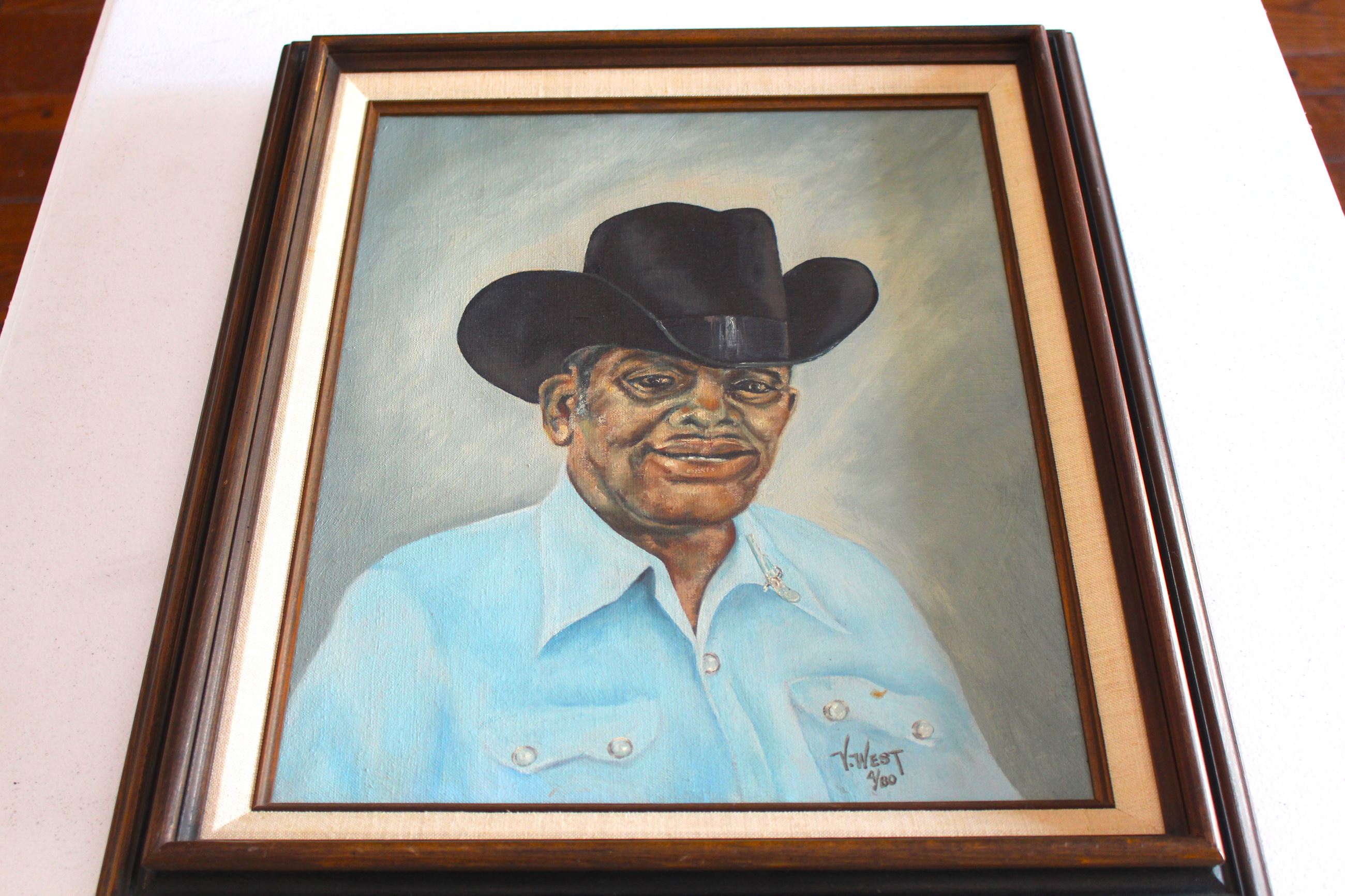 Wanda Stevens spent her life confined to a wheelchair, but she did not let her disability define what she could accomplish. Wanda, a Jackson native who won Miss Wheelchair Michigan in 1974, has an exhibit dedicated to her at the Ella Sharp Museum. She was also a local advocate for people with disabilities, working to break down barriers and change perceptions. In a newspaper article, Wanda said "Ours is the only minority where you can become a member at any time. It can happen to anyone. That's a frightening statement. But it should make people stop and think." Wanda passed away in 2006 at the age of 55. Her radiance and determination is still remembered today!

One of the oldest items in the Ella Sharp Museum collection relating to Black History is an 1893 directory titled the "Afro-American Journal and Directory." It was published specifically for Jackson's black community, with write-ups about prominent African American residents, businesses, organizations, and churches. At a time of deep racial segregation, this directory was very important for black residents to get  information about Jackson. It also shows the African American community has deep roots in Jackson's history. 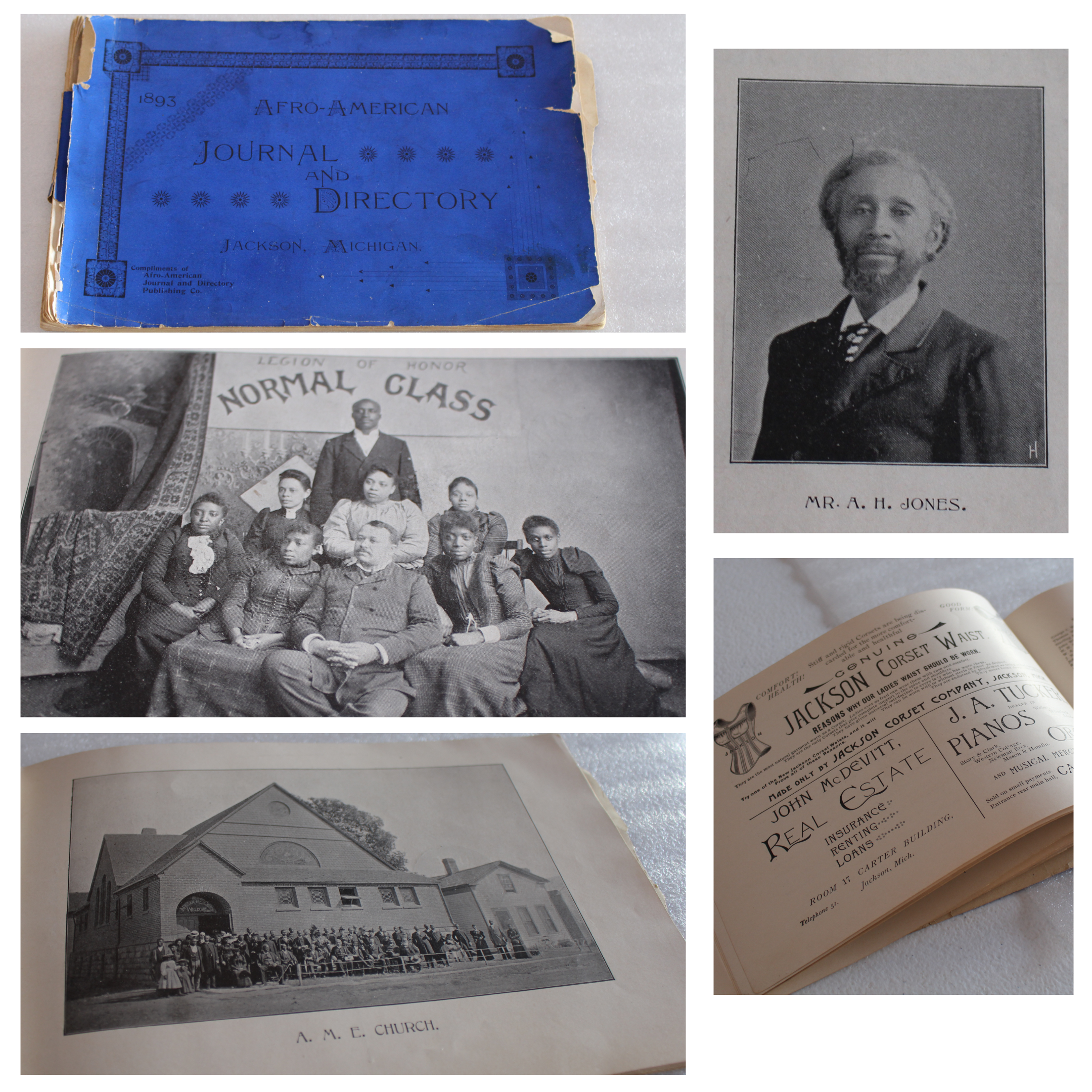 For Black History Month 2020, the City of Jackson recognized the annual celebration by sharing the history of places important to the African American experience in Jackson. All of the places highlighted in 2020 can be found on this page.

For Black History Month 2019, the City of Jackson celebrated the month by honoring African American residents from Jackson’s past and present. Profiles of these men and women were shared on the City’s website and social media platforms. All of 2019’s profiles are available on this page.

To further honor the month, Mayor Derek Dobies signed a proclamation that proclaims February, 2019 as Black History Month in the City of Jackson.  YouTube video of the proclamation.