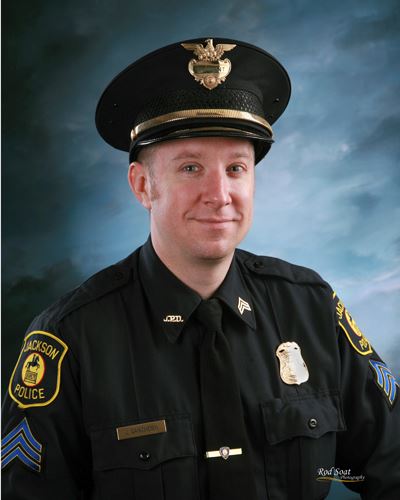 Jason Ganzhorn is from Dexter, having lived there all his life. He graduated from Dexter High School and Lake Superior State University, where he received a bachelor’s degree in Criminal Justice. Jason completed his law enforcement training in 2001 at the Michigan Police Corp. Academy and joined the Jackson Police Department as a patrol officer in October of that same year. He received his Staff and Command training from Michigan State University in 2018.

Jason spent most of his career prior to promotion working nightshift patrol. He also has several years of experience as a Field Training Officer. In 2014, he was promoted to sergeant; in that position, he served as a firearms instructor and Assistant Coordinator for the Field Training Officer program. He was promoted to Lieutenant in January 2022 and serves as the Patrol Operations Commander, where his extensive patrol experience and leadership skills benefit our department greatly.