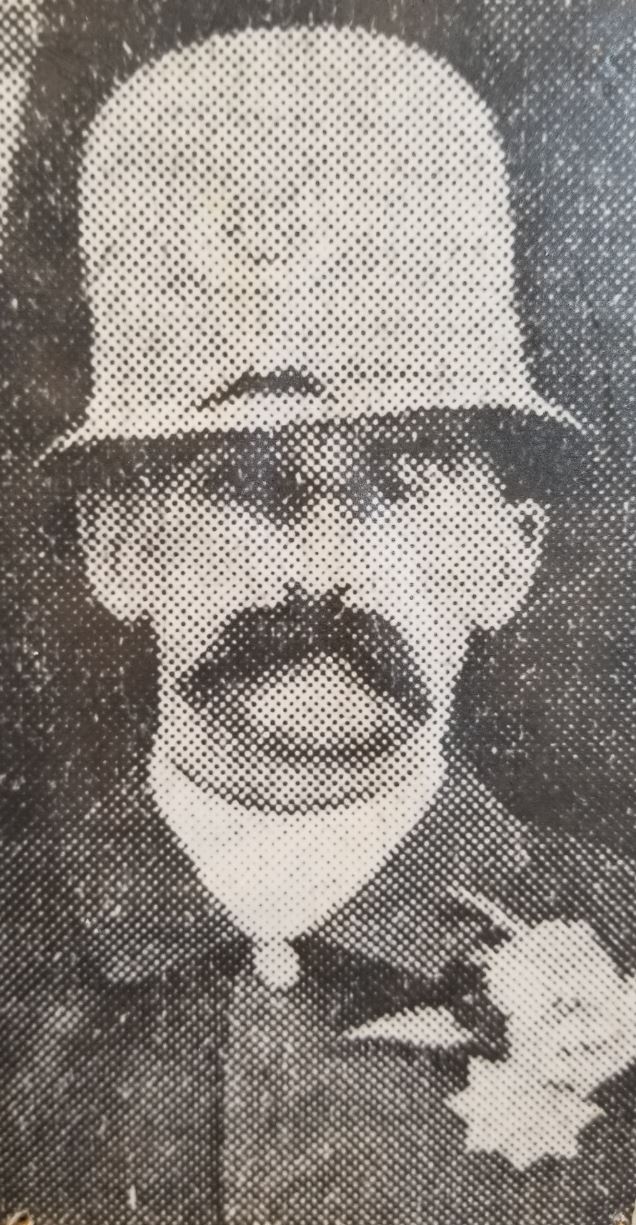 At 8:50 a.m., Tuesday, February 5, 1907, Captain John G. Holzapfel was working at his desk in the police station when Officer Ike Lewis, a 14-year veteran of the department, walked past the captain, went to his locker, retrieved his new .32 caliber Colt and went back to the desk where the captain was working. Officer Lewis then fired 3 shots at the captain, the first shot hitting him in the chest and killing him; the other 2 shots went wild.

Chief Boyle and 3 patrol officers were able to place Officer Lewis in handcuffs, but not before he fired 1 shot at the chief. This shot went out a window.

Officer Lewis was convicted after a second trial and was sentenced to prison for natural life at hard labor. On August 10, 1916, after 9 years in prison, Ike Lewis was paroled by Governor Ferris.
Code Red
Report
A Concern
Code of Ordinances
Permitting
Online
Payments & Property Search
Agendas
& Minutes
[]