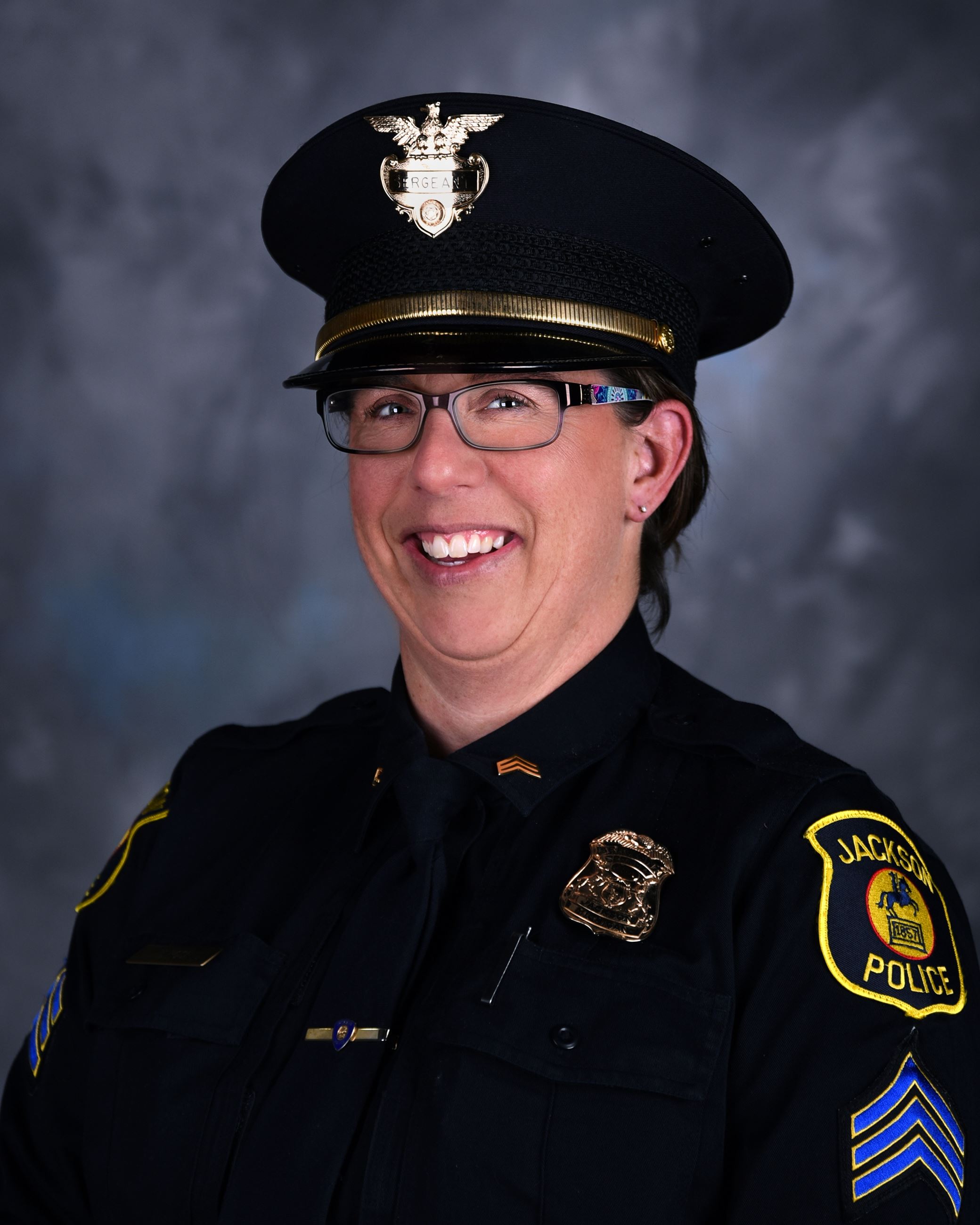 Holly Rose has been a resident of Jackson her entire life, graduating from Jackson High School and attending Jackson Community College. Holly completed Michigan State University’s Staff and Command program at the beginning of 2021 and later went on to finish a bachelor’s degree in Criminal Justice and Public Service Administration through Sienna Heights University.

Lieutenant Rose’s affiliation with the Jackson Police Department began in 1993 as one of our reserve officers. She was later hired as a cadet and then sent to the Mid-Michigan Police Academy. Her experience within the department is extensive, as she has been a patrol officer, training officer, detective, Field Training Officer, Evidence Technician Coordinator, fire investigator, patrol sergeant, sergeant in charge of the Detective Bureau, and Reserve Program Coordinator. Holly was promoted to Lieutenant in January 2022 and serves as the Support Operations Commander, where her knowledge and experience are assets to our department.

She is passionate about the community she serves as evidenced in her community involvement, which include:
Code Red
Report
A Concern
Code of Ordinances
Permitting
Online
Payments & Property Search
Agendas
& Minutes
[]