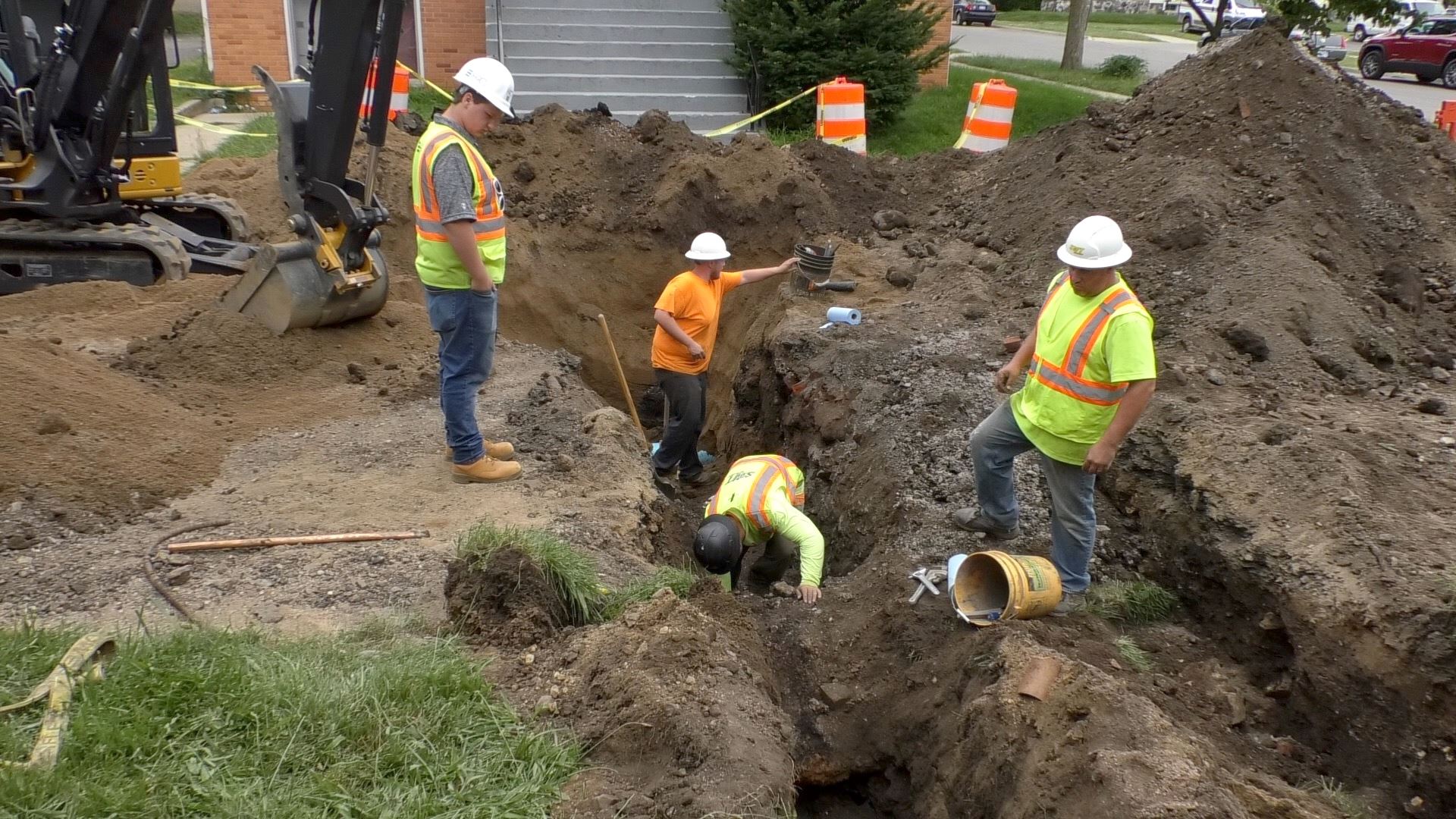 Number of Lines Getting Replaced: 46

More on the project:

Providing improved water quality for Jackson residents will shut down a busy street for three months. S. West Avenue between Carlton Boulevard and W. Michigan Avenue is closing to traffic on Monday, April 18 for a water main and lead service line replacement project.

The City of Jackson is in the process of replacing antiquated and undersized water mains. The 96-year-old water main under this section of S. West is undersized, made of cast iron, and not up to current water main standards. Replacing the water main will improve water pressure and quality for residents.

This is construction project will also replace 46 lead service lines. Repairs will be made to the street surface, sidewalks and curbs following the water installations.

S. West Avenue will be closed to through traffic during the construction period, which is expected to wrap up in late Aug. The street will remain open for residents to reach their homes and for patrons to reach businesses. Drivers are advised to seek alternate routes around the construction. A detour will take drivers to S. Wisner Street from W. Michigan Avenue and W. Morrell Street.

Number of Lines Getting Replaced: 40

More on the project:

The ongoing effort to replace all of Jackson’s lead service lines is expected to cause traffic impacts on a busy street this summer and fall. Lead service line replacements on E. Michigan Avenue are set to begin the week of Monday, Aug. 29 and last through mid-Nov. 2022.

The replacements are happening on the entire length of E. Michigan in the City of Jackson, which stretches from N. Cooper Street to the City Limits at Horton Street. This 1.3 mile stretch is a major access point for Downtown Jackson, Henry Ford Jackson Hospital, residential neighborhoods and commercial corridors. Approximately 40 lead service lines will be replaced during the construction project. Because these replacements are happening on a busy street, lane closures and shifts will be required for the safety of workers and drivers. E. Michigan will remain open in both directions while the replacements are underway.

Work is scheduled to start at N. Cooper Street and move east toward the City Limits. Once the replacements are complete, the street surface, sidewalks and driveways will be repaired.