What Residents Need to Know About Lead Line Replacements

Replacing all of our lead service lines is not a project unique to Jackson. In 2018, State of Michigan lawmakers approved changes to the State’s Lead and Copper Rule, requiring all communities across Michigan to replace lead service lines. This action from the State started with the Flint Water Crisis in 2014, a public health crisis where drinking water was contaminated with lead. Corrosive water from Flint’s municipal water system was found to be leaching lead from lead water pipes, producing contaminated drinking water that was consumed by thousands of residents. Research shows this caused elevated blood lead levels in Flint residents who used the tap water.

While Jackson and many other communities in Michigan have not experienced similar problems, requirements were changed by State lawmakers to prevent another crisis like Flint from happening. It’s important for residents to know that repeated testing of Jackson’s water system has not shown any evidence of corrosive lead pipes and current lead levels are well below safety requirements.

Hundreds of lead service lines have been replaced in Jackson, but efforts to replace these lines will increase over the next 35 years, starting with the 2022 construction season. Replacing all 11,339 of Jackson’s lead service lines is a massive undertaking that will take a lot of community collaboration.

All 11,339 lead service lines in Jackson will have to be dug up and replaced in the next 35 years. Unfortunately, when the State mandated this requirement, they did not provide money for communities like Jackson to do the replacements. In May 2021, it was determined that $120 million was needed to perform all service line changes in the City of Jackson. Later that May, the Jackson City Council approved a plan to raise water rates to fund lead service line replacements. A 12% increase was approved for the next two years. Further funding considerations will be decided by the council at a later date. Plans currently call for funding replacements through water rate increases, American Rescue Plan Act funds, and other governmental funding sources.

What is a Service Line?

A service line is what gets water from the water main to the plumbing in your home. In Jackson, and other community across the country, lead was the predominant material used for these water service lines for decades.

Water mains run underneath the street surface. Service lines go from the water main to every home on the street so they can access water. The line goes under the parkway, sidewalk and your front yard. It typically comes in through a basement or crawl space, and links up with the plumbing in your home. A diagram on this page shows where service lines are often found on a property. 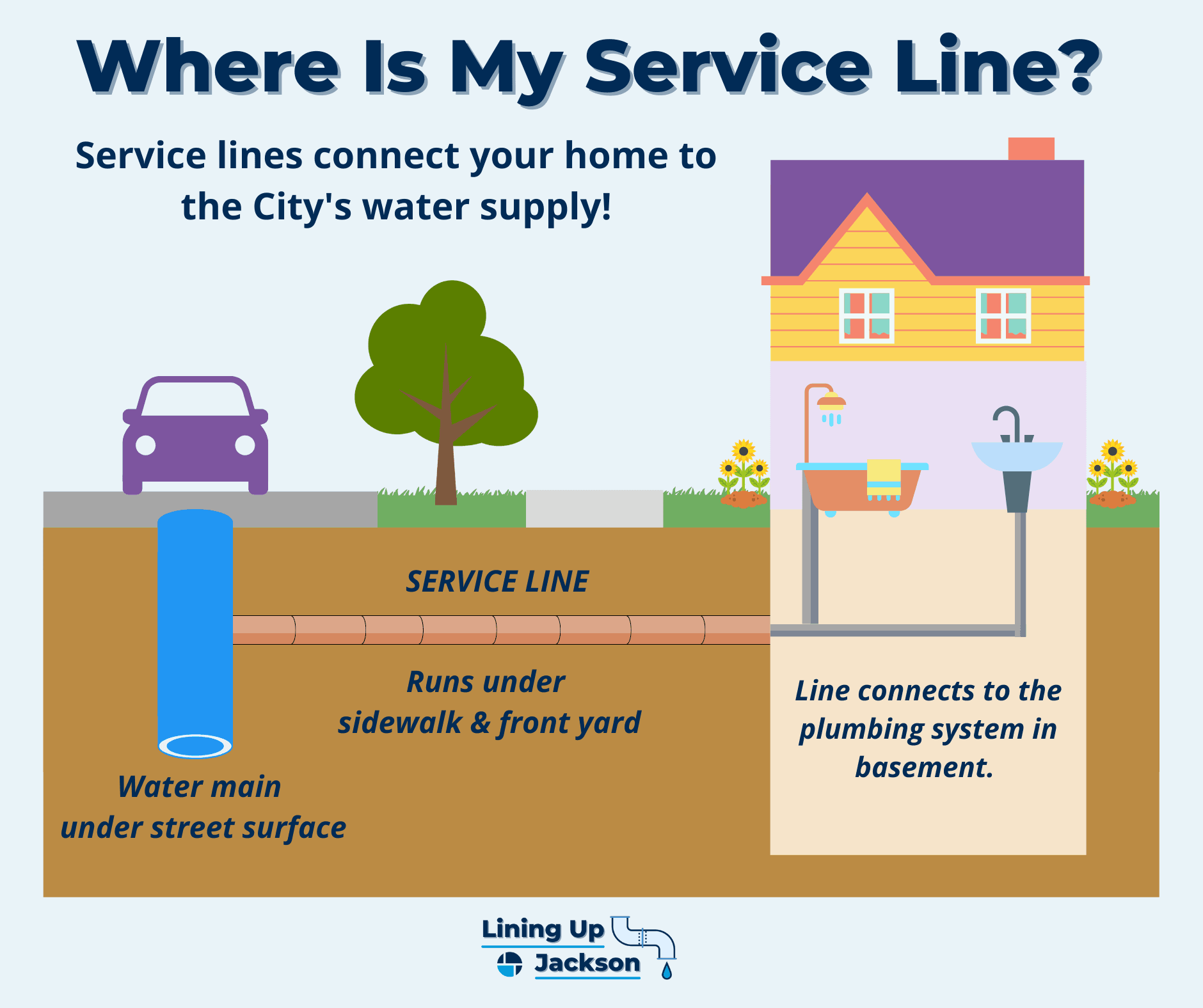 What Should I Expect?

The City of Jackson plans on ramping up lead service replacements in 2022 and the following construction seasons. Residents will be notified through a mailed letter when service line replacements are coming to their home.

The majority of the replacement construction will take place in the street, parkway, sidewalk and front yard areas. However, construction crews will need indoor access to properties to make final connections between homes and the new service line. Residents will be informed by constriction crews about when they will need property access to complete the installation.

Access to homes and driveways will be maintained throughout the construction, though some temporary closures will happen for crews to complete work. Following the completion of service line replacements, roadways, sidewalks and lawns will be repaired. 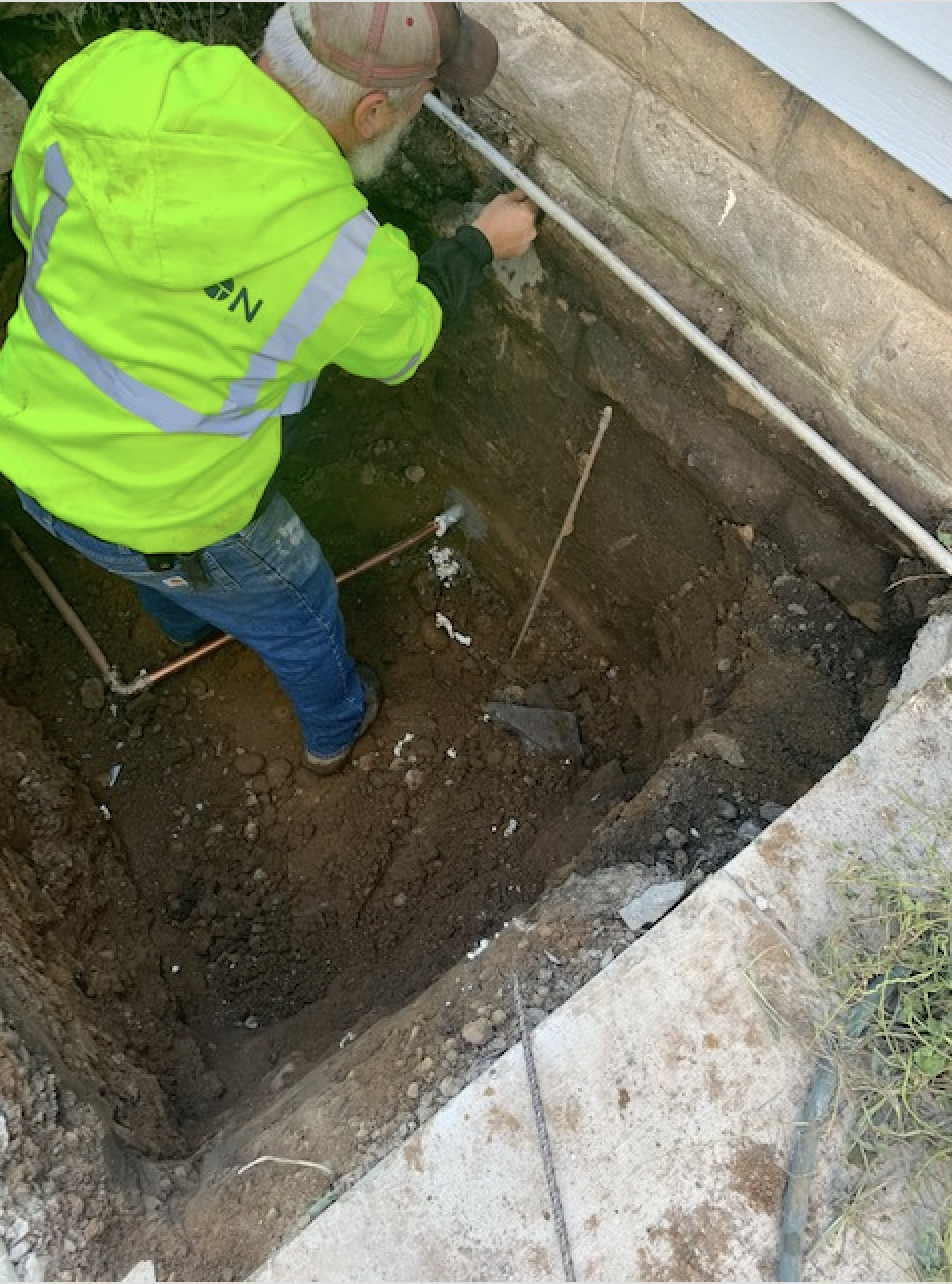 When is My Service Line Getting Replaced?

Residents will be notified when the replacement program is coming to their street. At this stage of planning, it is difficult to anticipate when every section of the City will see replacements.

Replacement schedules and address lists will be provided on this web page when they become available.

How Do I Check If My Service Line Has Already Been Replaced?

Hundreds of properties in the City of Jackson have already had their lead service lines replaced. Reference this list of completed replacements to see if your property has already received a new service line.

How Do I Stay Informed?

Lining Up Jackson was launched to keep residents up to date on the City’s Lead Line Replacement Program. Updates on construction schedules and completed replacements will be available on cityofjackson.org/liningupjackson.

In addition to mailed letters, messages about the replacements may also be sent through CodeRED, the City’s mass communication system. Sign up for CodeRED to get phone, email and text updates. 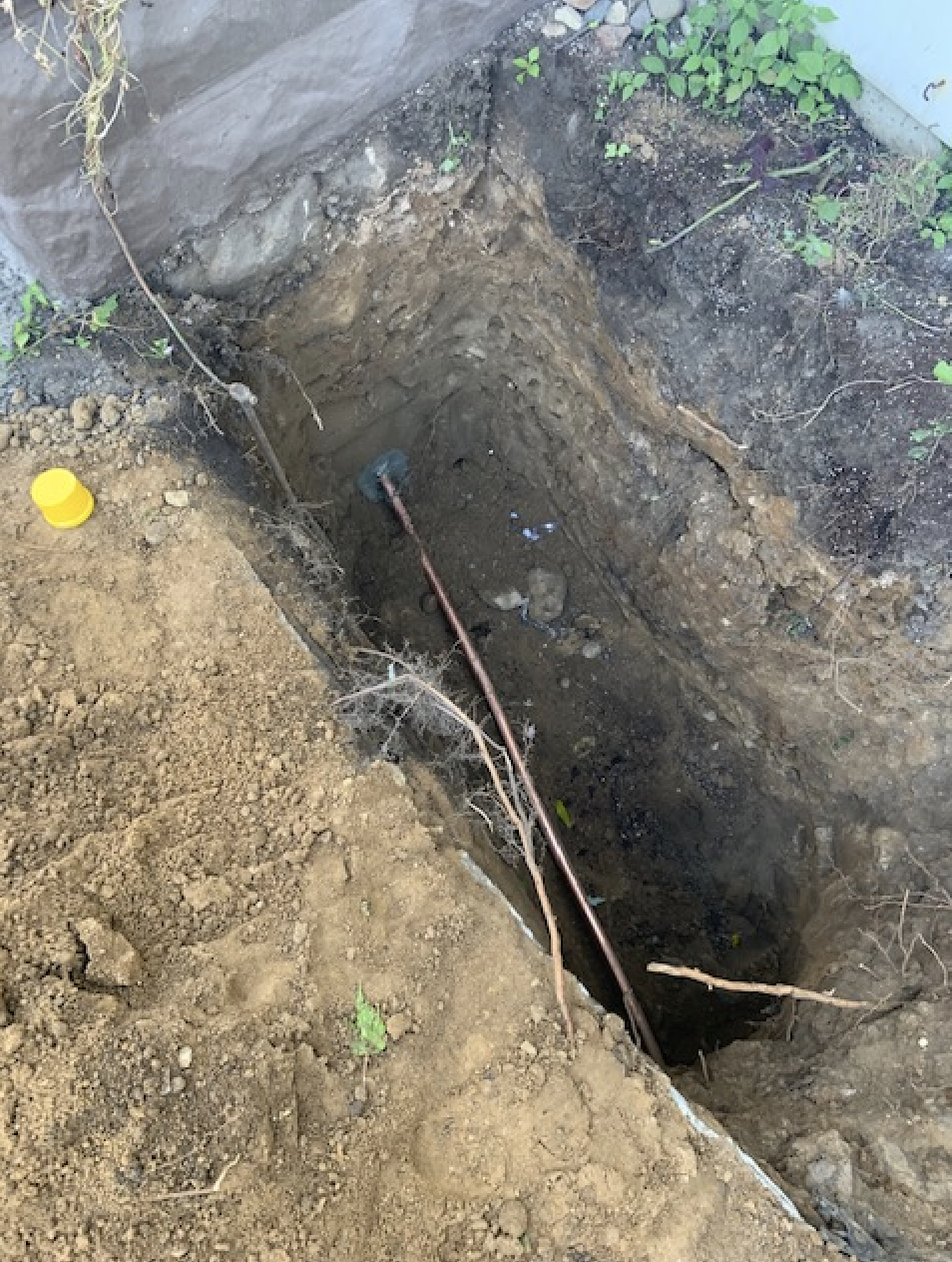