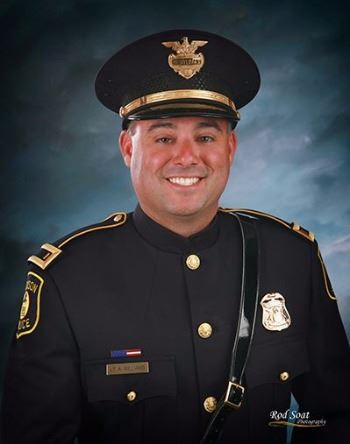 Adam Williams is one of Jackson’s own, having been born and raised here – an alumnus of Western High School.  With an associate’s degree in Applied Science from Jackson Community College, he transferred to Siena Heights University to complete his bachelor’s degree in Criminal Justice.  He graduated from the Kalamazoo Valley Police Academy and completed Police Staff and Command at Michigan State University.

Adam Williams began his affiliation with the Jackson Police Department as a Reserve Officer in 1993; three years later he became an officer.  His experience within the department has varied, as he has spent time on the streets as a patrol officer, as a detective in the detective bureau, and as a sergeant on the JNET task force.  He’s been a Field Training Officer, a Defensive Tactics Instructor, and a Hostage Negotiator on the Special Response Team.  His varied experience has served him well since his promotion to Lieutenant in 2016.